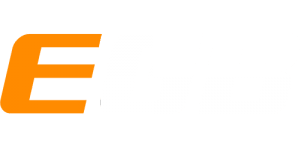 We recommend GGBET as the best Overwatch betting site

Overwatch was first launched in early 2016 and did quickly attract millions of players – along with this many people with love for esports betting. The game is Blizzard’s own first person shooter (FPS) game, which quickly managed to get into the esport scene with it’s high pace and enjoyable gameplay.

Despite Overwatch’s young age, the vast majority of major gaming organizations have there own Overwatch team today, which is not only evidence of how fast the esport scene have welcomed the game – but also a sign of big potential for how big Overwatch can become.

As a result, most of the major betting sites offer Overwatch in their sportsbook. Although, Overwatch betting is not as big as betting on the more classic games such as CS GO. It’s worth mentioning that it’s popularity quickly increases and if the trend continues to develop in this pace, it will not be long before the igaming companies will expand it’s betting opportunities.

The fact that Overwatch is still quite new can result in that many people think it’s too hard to bet on because of the game is hard to calculate – something we do not agree with at Fragbetting.com.

Although there is not a lot of data to compare to for example within a bigger competitor like CS GO betting, but there are still many ways you can use to analyze the game to improve your odds before placing your bet. In order to stay up to date on what happens within the Overwatch scene in the form of player transitions, results, team layouts, etc, liquipedia.net is our first choice.

Finding information about played games in Overwatch is made easy with Gosugamers where you can also see the different rankings of all teams. We also recommend that you visit twitch.tv and check out the live channels that shows professional Overwatch matches and review the reruns. Looking through these reruns can be a good idea to see how the teams plays and what heroes they use best. As always, when it comes to esport betting, we can’t emphasize enough how important it is to watch and study games, no matter what game you bet on. It will help you understand the game as well as how and when to bet your money.

2. What heroes do players specialize in?

Although it is possible to change heroes during the game, it’s always good to know which heroes players have specialized knowledge around. If one of the teams starts off with their favorite heroes they’re much more likely get a good start that gives a strong advantage early on. For example, a common tactic for many teams is to play with mainly tank and support heroes, but the opposing team has a skilled Reaper player in their team, such as Taimou in Team EnVyUs, this will most likely not work. This is a very difficult to know in advance and not the most important aspect – but absolutely worth bearing in mind.

Be aware if any player recently left the team to avoid bets placed on a team that is playing with a stand in or temporarily replacement. This is a common reason for very high odds, many do not understand the background but are tempted to bet. Since Overwatch is seen as a new game it also means that the players will change teams more frequently than they do in more established esport games.

Also, make sure you know how the teams recently been preforming, both in tournaments and in individual games, have they’ve gone well-or badly?. If a team have been playing in a certain way for some time there’s usually a good explanation. When teams go to bootcamps (similar to training camps), they often tend to preform better short-term (sometimes long-term) as they have had plenty of time to practice new strategies and consolidate with the team members more. How you find out if teams go to a bootcamp leads us to the next tip.

4. Follow as many layers as you can on social media

The easiest and least energy-intensive way to get fast information about the esports teams is to follow their organizations on Instagram, Facebook, twitter and other social media platforms that the’re active on. How active the different organizations are vary, but you will  usually almost find out when teams go off to bootcamps and when they are practicing for tournaments.

To find the best odds, and especially for Overwatch betting, we recommend to visit Betway. The game is still growing and some igaming companies that don’t focus much on esport betting have so far neglected it.

However, there is still many esport betting sites that purely focuses on esport betting and therefor offers almost all Overwatch matches being played, at the very best odds.

Overwatch did quickly get it’s fot within the esport scene and there’s already many tournaments with big prize pools which also brings great opportunities for betting. There are also many smaller tournaments happening every two weeks with less prize pools, which provides good opportunities to study and watch matches for those who want to stay updated for the upcoming games. Below are the biggest tournaments in Overwatch that’s been played and will be played for 2017 and 2018.

To view all Overwatch tournaments, you can see the full list at liquipedia.net.

How to play Overwatch

Overwatch, as mentioned earlier, is a first person shooter (FPS) game played 6 to 6 and has many different game modes and heroes. Compared to other FPS games, Overwatch is very different because all heroes have different abilities and roles that has great emphasis on quality of team play. It’s therefor very important to choose the right heroes for the right situation – combined with a good strategy.

The heroes of Overwatch are divided into four different classes:

The defensive heroes of Overwatch are specialists in defending the objective. They usually do not as much damage as the offensive heroes but instead they have many other skills that help to control opponent heroes and cutting off angles. Defensive heroes are very static in their positions which makes them less effective when it comes to attacking objectives and therefore they are rarely seen on these occasions. There are currently six defensive heroes.

Tanks are the heroes who have the most hit points in the game and can therefore get the take on the most damage from the opponents. Tanks also have a great responsibility when it comes to protecting their team as they do with the help of shields and to simply face the resistance take “tank” the damage.

Despite their huge amount of hitpoints, tanks can also hand out a lot of damage which is something that has been criticized since. Overwatch was released. Tanks we’re then considered to be too strong. However, Blizzard has listened and the they have become more and more balanced with each update released. There are currently a total of six tanks in Overwatch.

The supporters in Overwatch have the task of keeping their team players alive. These heroes make the least damage in the game but are absolutely necessary for a team to have a chance to win. Supporters are also the ones that make Overwatch unique among other FPS games as they can make team battles last up several minutes instead of 30 seconds. There are currently five support heroes in Overwatch.

Unlike many other games within the esport scene like Dota 2, LoL and CS GO, which are only played on one map, Overwatch has 14 different maps with unique layouts, game styles and different objectives. The matches are divided into two parts so both sides can play defense and attack.

The various game modes are:

In Assault mode, the defending teams aim is stop the attacking team from taking over an certain area before the clock expires. There are always two different areas on each map, A and B. A is the first point and is often harder than point B to protect because of its open landscape with many opportunities for opponents to get behind.

In Escort mode, often called “Payload”, the attacking teams aim is to move a car to a certain point. In order to move the car, at least one of the attacking heroes must be close to it, but if one from the defending team comes near the car will stop moving. The attacking team must get the car to it’s target before the clock expires. If the car is not taken all the way by any team, the team who managed to move it the closest wins.

The hybrid are maps with mixed game modes where the attacking team first aim is to take over a zone and then moving a car. In other words, hybrid mode are a mix of the above game modes.

On the control maps, the team is fighting to control a zone or area on the map that can be taken over several compared to assault mode where it only can be taken over once. Control is played in a best of three series where each round is played on a new map.